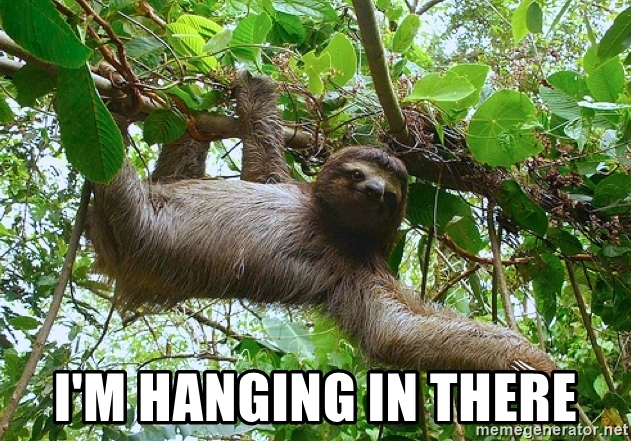 “I refuse to say ‘I’m fine’ when I’m not,” I said, peering steadily into the eyes of a woman who had asked me how I cope with late effects of cancer treatment.

I continued, “People generally don’t want to hear how I really am, so I say, ‘I’m hanging in there’ or ‘I haven’t given up yet’ or ‘I’ve been worse’–every one of which is absolutely true. I am hanging in there. And I say these things to remain true to myself. I spend a lot of time pretending to be more or less fine so that I can work and spend time with friends, but I also speak that tiny bit of truth to validate myself.”

I had just finished sharing a fairly smooth, practiced, and even funny version of my painful cancer and late effects story. I prefaced my remarks by noting that my story had been told and retold many times during 30 years of cancer and late effects. Over the years, I have become quite fluent in speaking the Survivor language.

I have had 30 years to learn how to speak Survivor, the Cancer Late Effects dialect specifically. Many times, I have offered a useful concept and some turns of phrase to others who are learning to speak one of the Chronic Illness or Disability dialects of Survivor language, which share many commonalties with my own. I first learned some of the Chronic Illness dialect from a dear friend who lives with, conducts research on, and tells stories of Irritable Bowel Syndrome.

The relief and joy of hearing your dialect of Survivor language spoken–whether in a personal conversation, a Facebook post or email, or a presentation being given by a stranger in the front of the room–can be immense. It’s empowering to learn that those who have gone before us coined words for our shared experiences. If you or someone you love lives with chronic illness or disability, definitely check out Spoon Theory, for example.

I’m much newer to speaking Amputee and treasure the words I learn in my fleeting encounters with other AKAs and BKAs [above knee amputees and below knee amputees], often in airports. Because of the courage of a number of young women on my university campus, I have learned to speak a limited amount of Survivor, Sexual Assault dialect, not fluently but enough to offer compassion, respect, and resources.

No one likes having to learn Survivor dialects for themselves or their loved one, but learning it is often the difference between surviving or not. Some health care providers are marvelously proficient at speaking Survivor, while others remain stubbornly ignorant of our language, preferring Medical Speak as a defense against our pain–and perhaps their own pain as well. [Over the years I have become more compassionate toward health care providers who–it turns out–are also human. I am trying to learn some of their dialect, too.]

Medical sociologist Art Frank refers to those who have survived serious illness as members of the “community of pain,” and like all communities, we come together across differences to make local knowledge and shared traditions, including language. I had late effects for more than a decade before I learned that term for my continued suffering post-cancer treatment on a listserv for long-term cancer survivors, and the power of just that one phrase to aid me in my journey was incredible.

Being welcomed to our communities and learning our dialects doesn’t make symptoms go away, but it does provide the comfort of being able to express painful experiences in more nuanced and precise ways, knowing we will be understood.

May we all continue to hang in there.